Ryan Reynolds Just Went Too Far With His Beef For Hugh Jackman...is he truly an evil person? 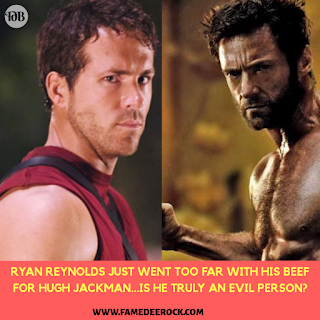 If you are a fan of Hollywood's gossips and beef, it would no longer be surprising to you that the star of Marvel's Woverine Hugh Jackman and star of DeadPool Ryan Reynolds have always been on each other's neck and always try to annoy each other.

If you could remember, when Hugh allowed his dog to poo on Ryan's picture just to annoy him and there was also a time, Ryan crashed Hugh's press junket, insinuating Hugh doesn't do all his acting by himself.

Few years, later we would have thought, the two mischievous friends had given up on annoying each other, but Ryan just threw a huge shade at Hugh, recently during an interview on Today Show, Dec 10. The show host asked Ryan what he thougt of Hugh Jackman and their never ending hilarious beef, and his response was mind blowing, He said “Oh, he’s just an evil person. I mean, you guys have all been duped.” 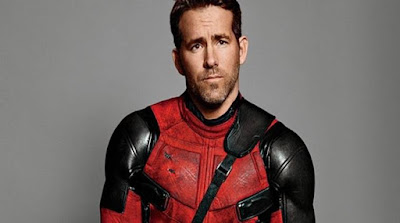 The Dead pool star further went on to say “You think that he’s this benevolent, ambassador to your country, but people don’t realize he’s from Winnipeg, Canada,” crazy right?

Well don't be too fast to judge Ryan, Hugh was the first to start the recent beef, he had earlier on Dec 9, replaced Ryan's head with his own head, in Ryan's new movie poster, he captioned the post  “A small edit to make this a much better promotional tool". Insinuating his own face is better at campaign and promo compared to Ryan's. Harsh but hilarious. 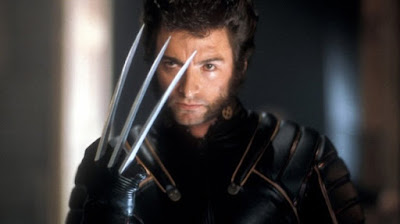 I don't know which of the two friends shades hit the most. I'm sure we've not seen the last of these two friends crazy beef. I know their fans are always entertained when Hugh and Ryan get petty with each other.

Do you think Ryan went too far, calling Jackman an evil person?