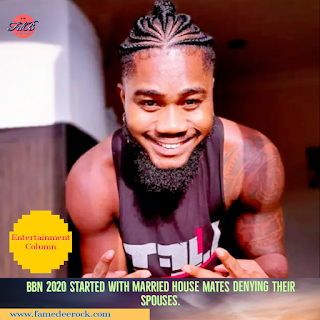 The highly anticipated Big Brother Naija 2020 Edition, finally started yesterday and as expected, drama and series of unbelievable and funny events had started unraveling in the BBN house.

After the housemates were introduced in to the house, one of the good looking guys in the house known as Praise, specifically told Ebuka the show anchor for 5 seasons, that he is single. Thus, he is available for romance in the house.

It has been observed that single housemates who hook up in the house with other housemates, tend to go far in the show, due to the combination of votes from couples fan base. So we guess praise was trying to secure his longevity on the show.

But unfortunately for him, Nigerians are good at exposing secrets. All it took was just a visit to his IG page by Nigerians, and you won't believe what was found. Just take a look at the pictures below and marvel. 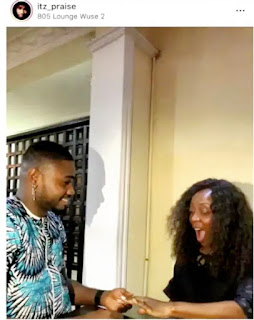 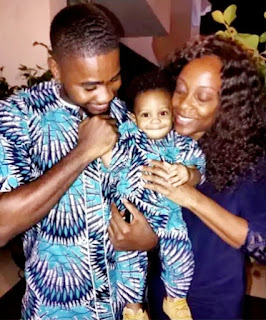 Obviously, Praise is married with a cute baby boy, so now he can no longer play the single man card, now he can only play the game of faithful married man like Mike did last season. But he's probably blown that chance, because he denied ever being married.
Do you think fans of BBN will ever trust him again? Will he go far in the show?
Finally, is Praise in trouble? Leave a comment below.
at July 20, 2020
Email ThisBlogThis!Share to TwitterShare to FacebookShare to Pinterest
Labels: Entertainment, News