BBN 2020: Ozo And Kiddwayya Gave Reasons Why Praise Was Evicted. 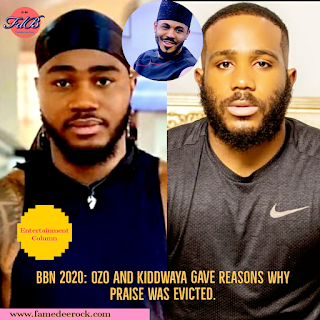 The 5th edition of Big Brother Naija gets hotter by the day as one of the most dramatic housemates known as Praise, got evicted during the last eviction show , August 23rd.

He had gotten the lowest votes amongst the the three other housmates,Trickytee, Vee and Wathoni, who were also up for eviction.
Right from the start, Praise had given an impression of someone who tells lies alot and fans of BBN had noted that about him.

Kiddwayya who is one of the top rated housemates hinted that his lies was his undoing and obviously the reason why he was evicted.

Furthermore, Kiddwaya states that Praise was a bit extra in the house last week, and that was responsible for the low vote score and eviction. 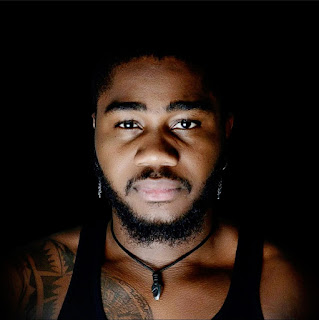 Ozo on the other hand, was not direct about how he feels pertaining Praise's Eviction. He just opined Praise was only being himself.

If praise was actually being himself, his lies may have caught up with him, and he didn't play his games strategically in the house.

Would he still be in the house, if he had been honest like Laycon.
What do you think?
at August 24, 2020
Email ThisBlogThis!Share to TwitterShare to FacebookShare to Pinterest
Labels: Entertainment, Lifestyle