Reason why Black Panther Star "Chadwick Boseman" death will have a fatal effect on Hollywood. 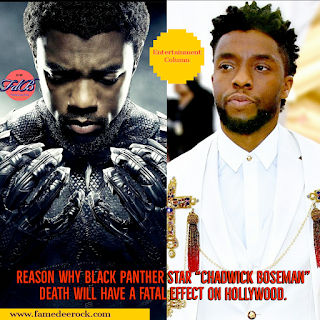 2020 has been a rough year so far for the world, and hollywood entertainment industry had not been an exception. Another hollywood legend in person of the global hit movie "Black Panther" star Chadwick Bose was reportedly deceased, on friday August 28.

The death of King T'challa " Chadwick Boseman" as he was popularly called by the wakandan fan base, came as a shock to the world, because he never for once disclosed his health status or gave a hint of his four years long battle with cancer. 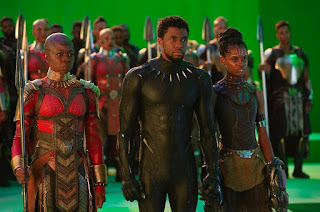 He finally succumed to the cold hands of death on friday August 23, in his family home at Los angeles, surrounded by his family after giving us the biggest hit movie of his career "Black Panther" which reportedly grossed $1.3billion worldwide in 2018.

He was indeed a legend and a relentless fighter, with all the action going on in Black Panther, no one suspects he was battling colon cancer. And fans were already anticipating a sequel.

He would be greatly missed, apart from being a reputable figure of marvel's movies collection, he was a figure of hope to the black communities all around the world.

His death will surely have a colossal effect on hollywood, because no one can truly replace king T'challa of wakanda. And it's definitely going to be a big shoe to fill, should a sequel of Black Panther comes up in future.

May his soul rest in perfect peace.
at August 29, 2020
Email ThisBlogThis!Share to TwitterShare to FacebookShare to Pinterest
Labels: Entertainment, News