Britney spears was locked up in her bathroom all through the night. Fans suspect she's troubled again. 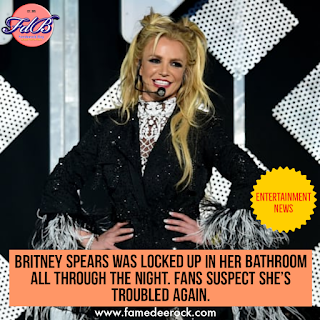 When we talk about celebrities who had a rough teenage lifestyle, Britney Spears comes to mind. Her mental health concern  and reckless lifestyle was the major reason why her father James Spears  placed probate conservatorship on her in early 2008, to keep an eye on her financial activities and lifestyle, the conservatorship still stands till date, although Britney had incited litigations with the aim of challenging the conservatorship and regaining her freedom.

Britney had posted on her social media in the early hour of the day, how she was locked in her bathroom all through the night and how security aides came to her rescue, because her boy friend Sam Asghari is a deep sleeper. 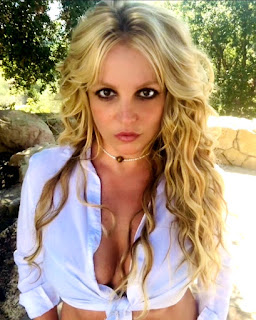 She states "At 2am I decided to take a bath !!!!" "I got a new scented lotion from Victoria’s Secret and I wanted to wear it because it helps me sleep better !!!!"

She explained further "the lock was stuck" and she "got locked in the f--king bathroom." 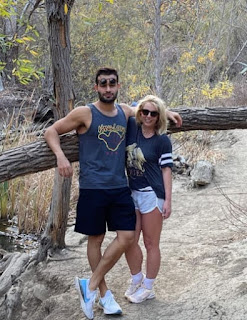 "My eyes widened and the door was more clear … more vast … I could see it with clarity and brightness … please open door."

Then Britney's security detail finally responded to the fuss she made while trying to free herself.

"The old coffee I had left over from the morning was there … I started feeling foggy so I drank it ..I was reenergized and started speaking again!!!" she continued.

Then Britney felt liberated, as she said "It opened … it finally opened !!!!!".

Fans across social media still think there was more to the story and are concerned about Britney's health, some of them thought she's troubled again, while some thought her conservatorship lawsuit is affecting her mental health.

Do you think Britney is losing her mind again?

at August 04, 2021
Email ThisBlogThis!Share to TwitterShare to FacebookShare to Pinterest
Labels: Entertainment