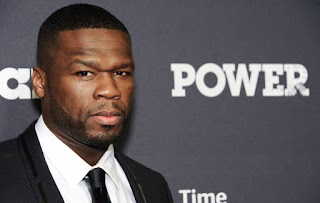 It's a sad week for 50 Cent and Power fan base, recently Broadcaster Comcast Packages had excluded popular Tv channel Starz, which is the home of the trending Tv series "Power".
Unfortunately, the Tv show had just two episodes left, to wrap up the show for good,and as a result of the exclusion of Starzfrom  broadcaster Comcast's packages,it is uncertain the remaining two episodes of Power will air.

Due to this set back, the executive producer of the show "50 Cent" had been disillusioned, such that he couldn't sleep. Quoting his post on instagram, he said "I can't even sleep. POWER is not airing Comcast is dropping STARZ, call 888-90-STARZ Tell them to keep STARZ". 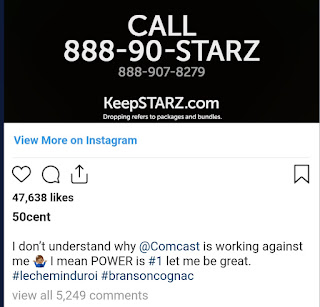 Meanwhile, other star actors of the show "Power" such asMichael Rainey Jr, who plays Tariq St. Patrick and Larenz Tate who plays councilman Rashad Tate released videos on social media calling for fans to contact Comcast to make sure 'Power' wasn't dropped before the final episode.


Also the show management had set up a website called keepstarz.com, so as to get the populace vote, towards the keeping of Starz Tv channel.

Do you want to see the final episodes of Power or it doesn't matter?
Leave a comment below.

at October 22, 2019
Email ThisBlogThis!Share to TwitterShare to FacebookShare to Pinterest
Labels: Entertainment