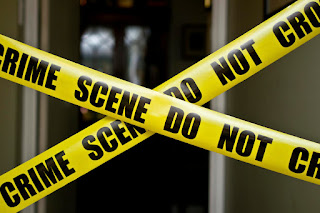 Bizzare occurrences never ceased to happen, Areica Hill, a resident of Ohio, USA, had woken up at midnight on october 16, only to find a strange woman, bathing her two year old son in a bath tub.

According to Arieca Hills, she said “I get up and I walk to my door and the way my house is set up, I can look down the hall,” she told NBC4.

“I see a white lady, bent over the tub, with my two-year-old in the tub.”

The mother of the two year old boy, said she was horrified and thought it was a nightmare, when she saw a stranger bathing her child in the middle of the night.

Fortunately, for Arieca, she was able to fight off the strange woman identified as Elizabeth Hixon , while her boyfriend restrained Hixon and alerted the police.

Miss Hills had demanded that Hixon be charged with burglary. And according to Franklin county court, a restraining order was issued against Hixon. And the case would be tried on October 25.

Hixon had stated that she entered the residence, in order to provide care to a juvenile, and her story was corroborated by her mother.