Jeff Bezos is no longer the richest man in the world....he has been displaced by who? 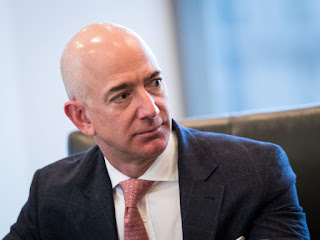 The battle for the spot of world's richest has been a fierce one for quite a while now. And it's been based on strategic business and finances moves. A wrong  financial can easily cost a billionaire his or her spot on the forbes list world richest. And that's exactly what happened to the now former world's richest man Jeff Bezos.


It could be recalled, the Amazon tycoon had a financially ground shaking divorce this year from his long time wife MacKenzie, which cost him quite a fortune not in millions of dollars, but in billions actually $38 billion, obviously such a move, is expected to affect his net worth drastically, and it has finally taken his toll on his world's richest man position.

According to forbes, after hours of trading on the 24th of october 2019, Bezos' company shares dropped by 7%, which reduced his net worth to $103.9 billion, here by giving Microsoft's mogul, Bill Gate an edge to become the worlds richest man again after quite a while. Gate's networth now stands at $105.7 billion. And Bezos is officially on the 2nd position of world's richest. 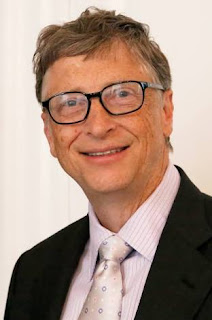 Congratulations to Bill Gate, and we wish Bezos the best of luck. Anything can happen in the billionaire's circle.
No spot is permanent, we should all know that by now.

Do you think Bezos had made a smart move, by leaving his wife? Leave a comment below.

at October 26, 2019
Email ThisBlogThis!Share to TwitterShare to FacebookShare to Pinterest
Labels: News