Mystery: Kayne West's revelation on artistes selling their souls to the devil. 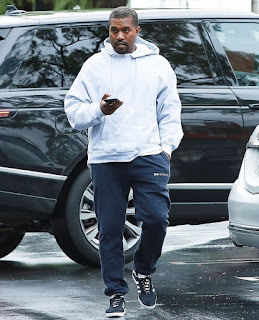 It's been a terrific and wonderful year in hollywood and the music industry at large, with new artists like Lil Nasx breaking major records, and the most unbelievable of it all, was kayne a controversial rap artiste, finding peace and becoming a born again Christian.

Not a day goes by, that kayne doesn't trend across social media, ever since he started his sunday service sessions, at first people thought it was just a flicker and that the show wouldn't last, but in the past weeks, the show kept growing bigger and stronger.

And when his album "Jesus Is King" finally dropped on Oct, 25, it topped all the major Christian charts and even R'n'b chat, taking the number one spot on christian billboard chart, and at a point, it displaced every other songs on the Christian top charts.

There has been different conspiracy theories in hollywood for quite a while now, that celebrities, sell their souls to the devil for fame, wealth and power. And due to the huge success of Kayne's sunday service session and "Jesus Is King" album, he has been touring different mega churches across the US, to spread his newly found message of Jesus Christ.

Last week he was at Lakewood Church, and was hosted by the world renowned television evangelist, Joel Osteen, the founder of the mega church.
During his sunday service session at Lakewood Church, the rapper, 42, revealed that the  devil had him at a point in his life, but now he has been saved. He further revealed that the devil have some of the best celebrities in his corner.

According to him, ‘The Devil stole all the best producers, musicians & designers'. He further revealed that hollywood use symbols and images in movies and on TV to initiate kids. Mysterious right?

Here you have it, Kayne has said it all, is the conspiracy theory true? Do celebrities give the devil their soul in exchange for wealth, fame and power?