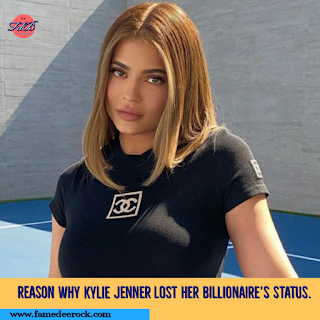 It looks like the Kardashian-Jenner clan no longer have the title billionaire attached to one of their own, in person of Kylie Jenner who was controversially reported by Forbes Magazine as a self made youngest billionaire. Although a lot of people were not convinced then about her bank account balance and cosmetic company newly acclaimed billionaire status.

Then November last year, kylie made a business move, which would eventually cost her the billionaire status she was barely clinging to. If you could remember, Kylie had sold 51% of her company to cosmetic giant Coty late 2019 for a reported amount of $1.2billion, and we were skeptical if she had made a right business move then.

Now report is reaching us again from Forbes who gave her the youngest self made billionaire title, that Kylie Jenner's actual worth may have been overestimated after she sold a huge chunk of her cosmetic company to Coty. 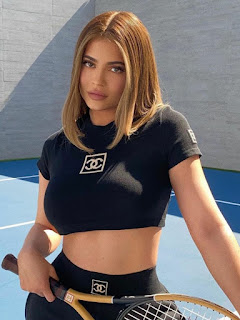 According to Forbes, Kylie actually got $340million instead of the $1.2billion she supposedly got from Coty for her company.
A financial analyst Stephanie Wissink says the Kardashians are fond of oversizing anything they do.

Now i'll ask again. Do you still think Kylie made a smart move selling her company? She could have probably defended her youngest self made billionaire title, if she hadn't sold a huge chunk of her company.

What do you think? Leave a comment below.
at May 30, 2020
Email ThisBlogThis!Share to TwitterShare to FacebookShare to Pinterest
Labels: Entertainment, Lifestyle