The Kardashians are furious at Kayne West as he reveals he wasn't ready to be a father when Kim got pregnant...is his presidential ambition at stake? 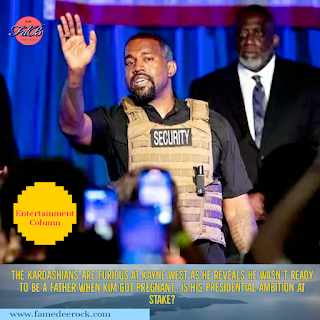 We all know Kayne West is handful and highly controversial, especially with his words. He's currently under heat from his wife's family and fans. Infact a divorce may be imminent.

The 43 year old rapper might have finally bitten more than he could chew this time, when he revealed during his presidential rally at North Charleston's Exquis Event Center in South Carolina on Sunday that his first born North happened when he wasn't ready, and he urged his then girlfriend , who is now his wife, Kim Kardashian to abort the pregnancy. 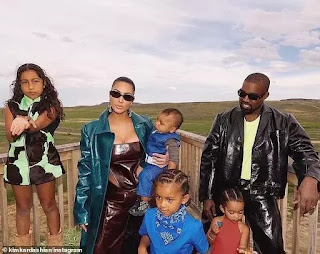 Fortunately for North West, who is now 7 years old, according to Kayne, God to him to keep the baby. In his words, he states "My screen went black and white. And God said, if you f*** with my vision I f*** with yours. 'And I called my girlfriend and said we're going to have this child.

'Even if my wife were to divorce me after this speech, she brought North into this world, when I did not want to.'

Then he broke down in tears and said 'She had the pills in her hand! I almost killed my daughter!' 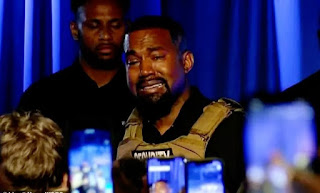 Furthermore he said that, abortion should be discouraged, that government should compensate women monetarily for bearing children.

He has been receiving a lot of backlash on social media since he made the speech.
Candiace Dillard, star of Real Housewives of Potomac  said that the Kardashians don't care about the mental well being of Kayne.

She further added " Kanye West needs to be committed temporarily. He is not well and that fact that his family the people that he leans on and depends on to take care of him are allowing him to be out in the world, allowing him to make a compete a** of himself. He is making a complete fool of himself."

This could affect his marriage with Kim, and even some people think he is not a presidential material.